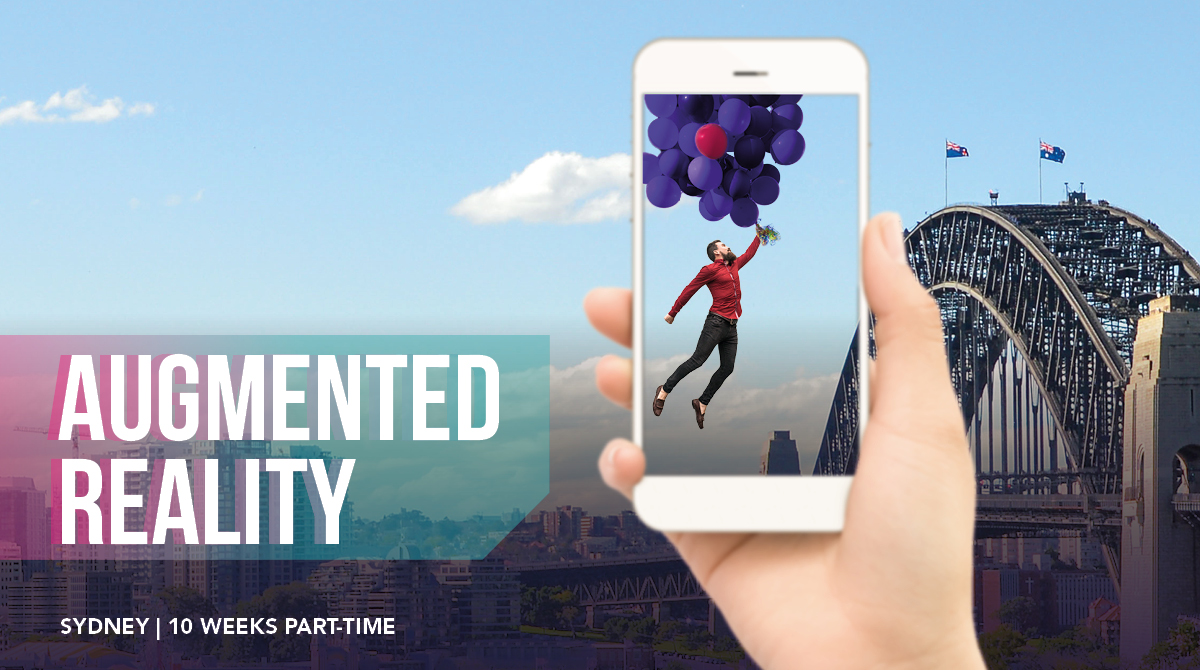 This hands-on Augmented Reality short course has been designed by Australia’s tech elite. You’ll discover how to create immersive customer experiences that ignite multiple human senses, delivering an unprecedented level of engagement. Through guided in-class tutorials and hands-on learning, you’ll conceptualise, create, build and install functional AR prototypes directly on your smartphone or tablet. You’ll also discover how the techniques learnt can be applied to other touchpoints - from interactive print to outdoor experiential and location-based games. 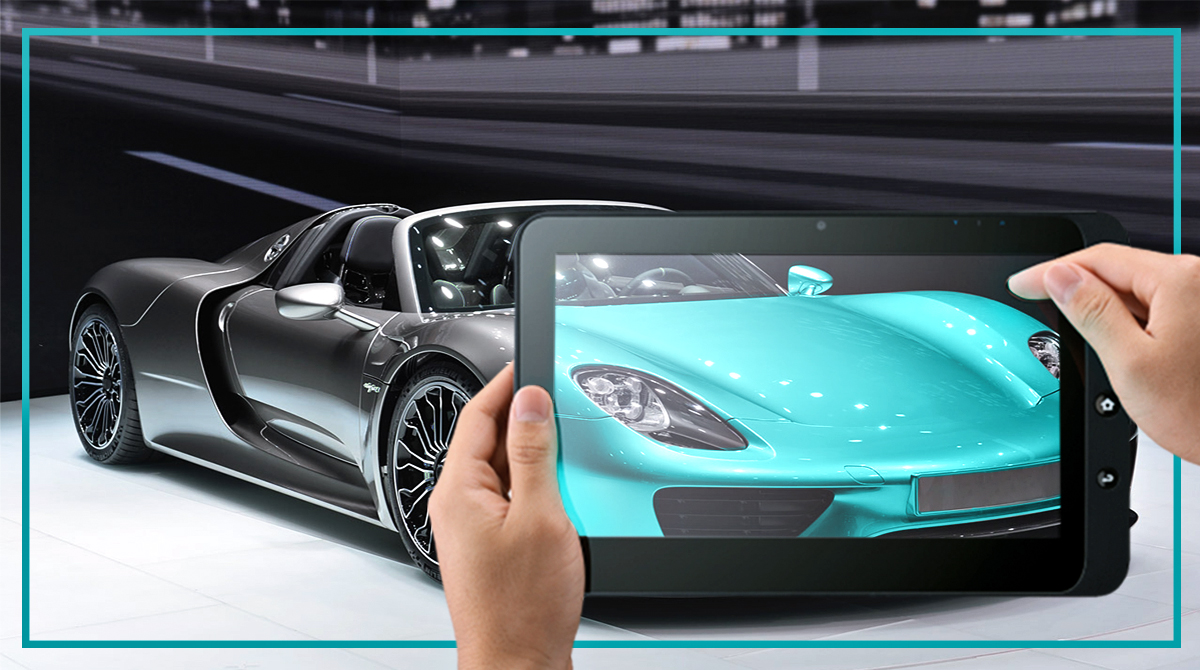 This course has been designed for AR beginners aged 18 years + with no previous coding experience including:

BUILD A PORTFOLIO
OF AR APPLICATIONS

You’ll leave with a portfolio of 4 fully-functioning AR applications that have been installed on to iOS or Android. You can present these to your workplace, share them with prospective employers or implement into your own business straight away.

Learn from the best in the business. They are Australia’s AR elite - inspirational tech entrepreneurs and esteemed AR keynote speakers. And they’ll come together for an exclusive panel event to share their expertise with course attendees.

You’ll have the opportunity to meet with an AR industry expert for a 1:1 MENTORING session after you complete the course - giving you the opportunity to gain tech support, personalised feedback or advice from the best in the business.

AIT has trained over 5,000 students since 1999 to be future leaders in the digital and creative industries, offering higher education programs in digital media and IT. We’re also a proud member of the ASX Listed RedHill Education Group.

To get started, you’ll learn what AR is and how it differs to VR. You’ll review the history of AR, gain an understanding of the applications of AR and you’ll learn about computer vision, machine learning and facial recognition as key foundations.

You’ll learn how to navigate Unity3D software and you’ll explore the main features needed to create AR applications. You’ll also learn how to use Vuforia, one of the most widely used AR platforms, to develop your first mobile AR experience.

You’ll create a brochure or catalogue that features AR technology. You’ll be able to point your iPhone or Android camera at the pages to reveal and interact with items in 3D. You’ll learn how these principles can be applied to other print materials - such as interactive educational books and digital product manuals.

You’ll conceptualise, design and develop a unique AR experience that allows the user to step into an alternate world through a 3D portal that appears in the real world. You’ll learn how these same principles can translate to other touchpoints such as outdoor media, experiential or situations where there are no defined image targets.

Week 10:
AR Project of Your Choice

In this final week, you’ll have the opportunity to showcase the skills and expertise you’ve learned throughout the course, via an AR application of your choice. You’ll learn how to document and present your final AR project to the class using innovative techniques to capture screens and create a project showcase. 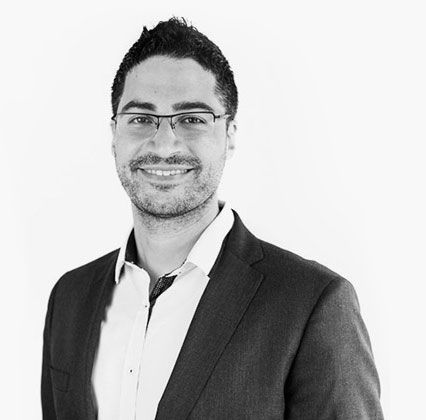 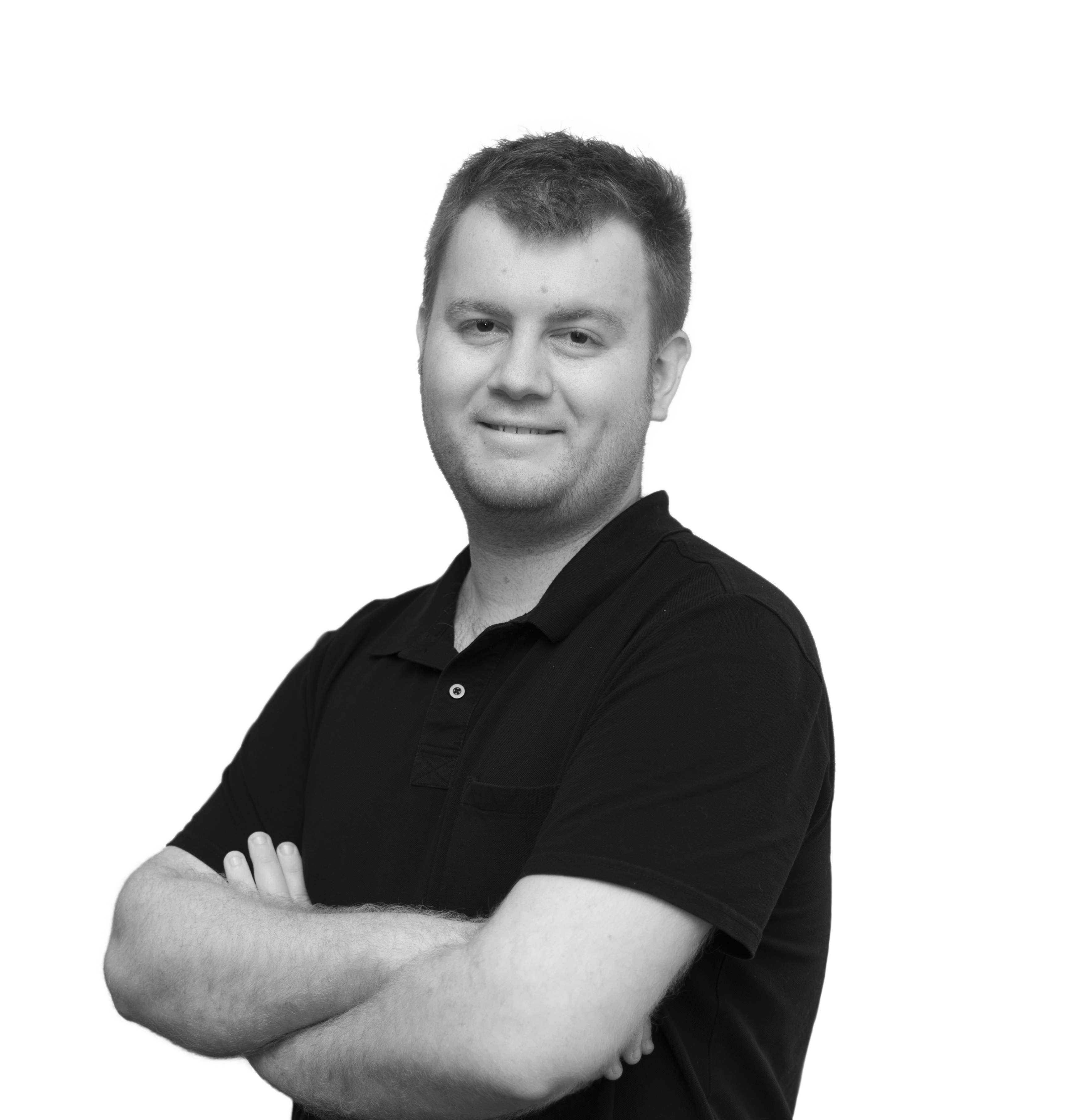 Bachir El Khoury is a serial tech entrepreneur and founder of Limpid Logic. He leads a world-class team of designers, gamers, and engineers on leading-edge technologies including Augmented Reality. He’s also a regular AR panelist and keynote speaker in Australia.

Bachir has been an AR pioneer for some of Australia’s most loved brands - including Commonwealth Bank. His CBA Property Guide app won 3 AIMIA awards including Best of the Best. He’s also developed a groundbreaking AR application that allows property developers to sell their new developments off-the-plan, giving prospective buyers a realistic view before it’s been built. In 2016, Bachir led his team in the development of AR utilities for the Hololens targeting architects - offering shadow analysis and 3D visualization of building and construction models.

“AR represents the most addressable audience of any emerging platform. It’s really a game-changer in the consumer’s opportunity to engage in their real environment with the product or service.” 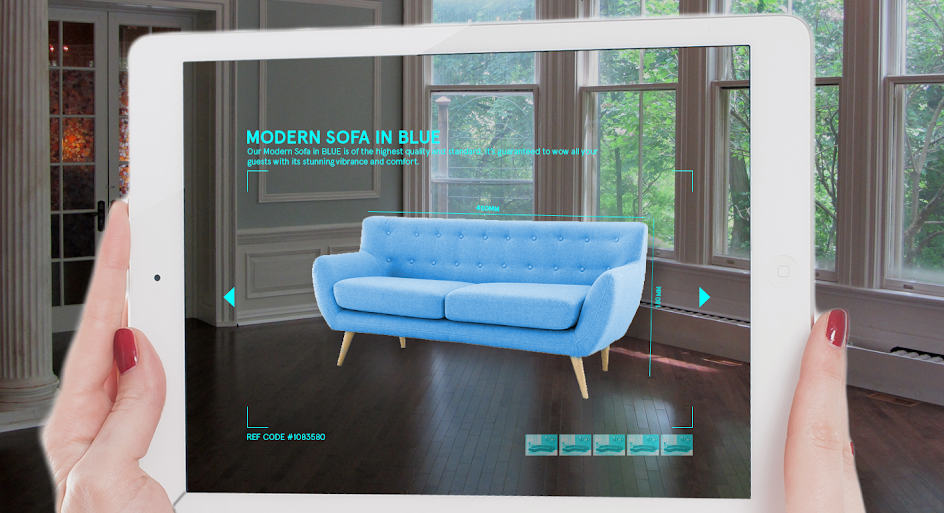 This short course has a strong practical focus so you’ll leave with a robust toolkit of skills and practical expertise that you can draw upon in your workplace including:

Next Course Date for Sydney and Melbourne coming soon.

Attendees must be 18 years of age or more and must bring their own laptop and mobile phone (Apple iPhone or Android).

Need help with payment?
Talk to our admissions team about a flexible installment payment plan via Ezidebit, so you can focus on reaching your goals sooner.