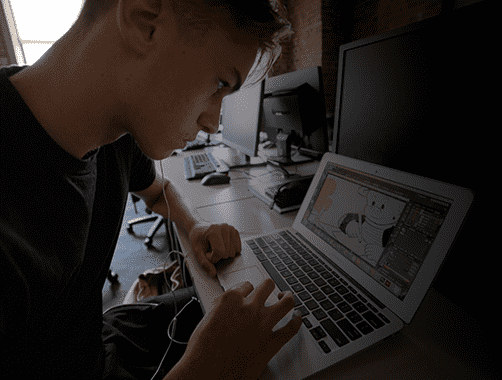 On Campus and Online

Some of the greatest stories ever told were the cartoons and animations that have stood the test of time. 2D story telling is loved the world over, for its simplicity, depth of character and creative possibilities. These days, 2D animation extends beyond the staples of Disney and childhood heroes. Japanese anime and manga are global phenomenons and 2D content is used in many avenues, including advertising, video games, web promotion and brand creation.
2D animation is for those who want to learn animation using traditional 2D techniques (but with modern tools). Students who take this path will have interests in things like drawing, character development, character animation, story and directing. Students will end up with a strong base of fundamental animating, and storytelling principles.

Connect to the future 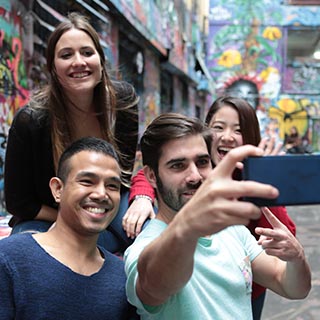 Try to determine as early as possible where you want to specialise in the future (Modeling, Animation, VFX, Games etc.). Always stay hungry, be focused and disciplined, there is so much stuff to learn, so many ways to improve, don’t settle. Lastly, always aim high and be demanding to yourself, hard work and long hours most likely will provide the results you will be proud of.

Build upon your skills with problem solving for gameplay, virtual worlds and user interfaces.

Begin the transition to a career in 2D Animation, with advanced skills in a real-world environment to help you become job-ready.

What journey lies ahead?

The demand for animated entertainment has multiplied - and this is fuelled by the rapid progression of technology. In the past, animation series were aimed at young children but today, animations are increasingly produced for teenagers, adults and the whole family. This is evident across digital screens - from television to cinema, viral online videos and pop-ups in our internet browser, to mobile and video games. We’ve also seen brands shift into this space - incorporating 2D into their advertising, internal communication pieces and brand identity. This means that the career opportunities within the field of animation are extraordinary.